It is about 110 km from P.Sudan, it is an excursion that requires half a day provided you leave early in the morning. Crossing the vast deserted plain, dotted with acacias that skirt the sea, the road turns west shortly after Swakin and creeps between rugged stony hills, and then in hairpin bends between the rocks until you cross into a new valley. It is difficult to give a correct evaluation of the number of inhabitants of the town: it is between 5 and 10,000. This is because, with the exception of the sedentary, involved in trade, cultivation or construction, many are nomads, raise goats, sheep and dromedaries. Breeders follow the seasons and move in search of pastures in times of drought, often followed by the whole family. Rainfall in Sinkat is abundant, sometimes torrential. During the autumn, in the rainy season, the wadi becomes a flooded river and collects water from the mountains, while in the dry period it becomes the flatest road, comfortable and easy for travel. The village stands on both sides, and the wadi, in the middle, becomes a meeting place, a gym for games and a place for races for children. The houses are mostly built with mud and clay bricks. Leaving P.Sudan’s buildings and houses behind, it is pleasant to walk through the center of Sinkat through streets, the feeling is that of approaching a particular landscape and more characteristic, more African. In the early morning it is pleasant to take a walk in the center: the market comes alive with sellers of camel and cow milk, sellers of wood or coal and fodder for animals.  The big pots smoke on the embers, cooking the “fool”, the dish made with broad beans, for the typical breakfast, together with the feta, bread and tomatoes. The old people stop in the cafes, chat, and spend time listening to stories of those who remember and stay and those who come from afar. The climate in summer is milder and the heat bearable, the air cools in the evening and the wind blows from the mountains giving relief to the hot sun of the day. Tourism use to come at the time of the British occupation, but now it is only local: many of the inhabitants of P.Sudan move to Sinkat or Kassala with their families during the summer to find relief from the torrid heat of the plain. On Friday, the feast day, dromedary races are often organized along the Wadi, it is an interesting exhibition that then gives rise to long negotiations and sales. The racing dromedary is very different from the one for milk and meat breeding, it is smaller, bony and snappy. Sinkat is considered, in some way, as the “capital” of the Adandaua, a tribe, mostly present, mostly breeders of dromedaries. Often, they carry the typical coloured vest over the white giallabiyya. On the dark colour of the skin, brown eyes shine, intense faces with thin features, they are slender and have a proud posture. The inhabitants are sociable, while the shepherds are proud, less willing to be photographed. They carry alongside them swords with silver handles or knives, which you can buy as a souvenir in a small shop along the main street. Otherwise, the most interesting souvenir are the photographic cues during the walk, or consuming a mint tea watching people stopping or passing by, for those who are curious about the flavors and aromas of the earth and want to take away some memories not only of the sea.

Blu Sudan organizes this trip, for a minimum of 10, maximum 20 people. You have to leave early, at seven in the morning from the boat and the harbour.  The centre of Sinkat is more active in the early hours of the morning. On return, if required, we can stop at Swakin. We will provide a breakfast with sandwiches, and in Sinkat we can buy fruit, drink tea and enjoy the gebena, but, if you like, you can also think of eating fish or caruf (typical Sudanese specialty: grilled lamb), in Swakin. If there are any vegetarians, can be provided for in the form of a packed lunch from the boat. There are no restaurants with international standards, we must appeal to the ability to juggle and adapt of the traveler who loves his trip. Let’s not forget that these stops can give rise to pleasant opportunities and ideas, when travel is not always and constantly filtered and protected by our customs. I accompany you, and it is my wish to show you the best possible of what is there. 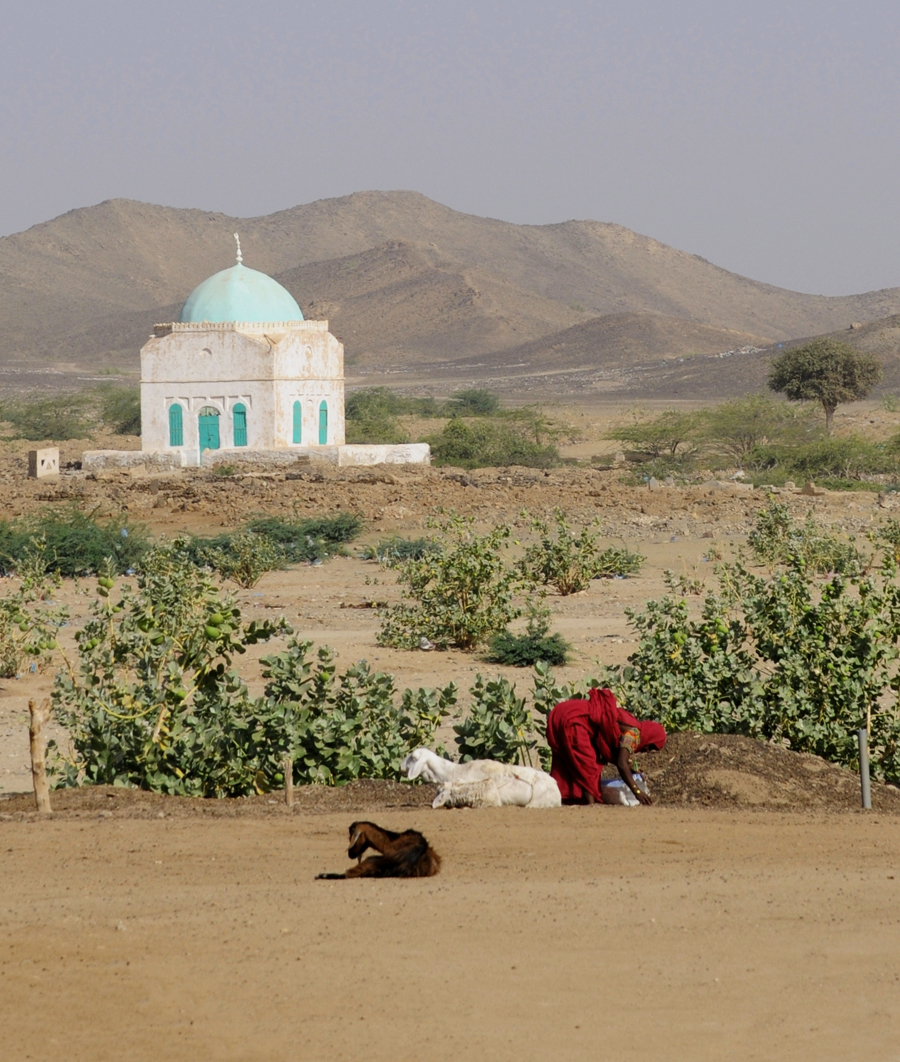