Umbria has been built in Hamburg, launched in 1911 under the name of Bahia Blanca and designed to work in Argentina.
155 metres long, 18 metres wide, able to hold 2.400 people, in 1935 it’s been purchased by the Italian Government, turned into a cargo ship, renamed Umbria and aimed at landing ship.

In 1940 Umbria, heading for Massaua with its cargo, has been stopped by the English and anchored in the Win Gate area, 3 miles facing Port Sudan. On the 10th of June the Italian captain gained knowledge by radio of the entry into the war of Italy and therefore has decided to scuttling rather than leaving the ship to the “enemy” with all its precious cargo. A drill manoeuvre has been simulated, while in reality the thru-hull fittings have been opened, the boat has shipped water quickly and sunk.
Seabed was at about 36 metres, Umbria leaned on it by reclining on the left bulwark.
Its cargo, intended to Massaia, consisted of bombs, detonators, explosives, concrete, three beautiful Fiat cars.
The first scuba diver who dived there has been Hans Hass in 1949, during his first solitary expedition. He put to sea with a felucca and two fishermen and he dived, furtively, before obtaining from the authorities the permit to do that. We can imagine what emotion it must have been that first time for him, alone and first.
We read some pieces of his book “Manta”, published a few years later. “I had the feeling to be a knight of past times who, once arrived to the threshold of a magic castle, gets ready to force the gateway, feeling both fascinated and hesitant……It was the first scuba dive I’ve done over the last seven years and, when I was in Wien, I’d never dreamed it could ever be overlooking a sunken ship.
The pleasure to be floating again underwater and, at the same time breathing at ease, was immense. With this type of devices you don’t go down as a lumpish deep-sea diver; suddenly you turn into a fish slipping with no weight into a three-dimensional world”.
Hans Hass scours the deck, the sides, and enters, attracted by the unknown, in places scared and aware of the danger to be completely alone. Fascination is stronger than fear, the silence is total, spaces and plays of lights of the gaps and portholes, the weaving of the superstructure, pipes, metallic parts tangled up, have something spectral, but at the same time festoons, flowered patterns, corals, shrouded in little fish clouds turn the wreck into a living barrier. An intertwining of death and life, end and start, dark and colour, attraction and fear, pure emotion.
The ship that was lying down there in the sea’s womb was really huge… It was easy to imagine how it would have appeared in fifty or a hundred years time. Corals would have covered as climbers the whole metallic structure and closed almost all of the doors and portholes. In two centuries, the ship would have turned into an oddly shaped coral reef, with its bosom full of such an amount of dynamite to blow up and entire city and enough silver to build again a part of it”.
Umbria is still positioned next to a coral reef barrier, therefore it’s still possible to dive with any weather condition, it’s not too deep and because of that it’s not such a demanding dive, despite the thousands of visitors over the last twenty years it’s still preserved.
All these reasons combine to bring about an amazing destination so far, one of the most beautiful wrecks among the underwater itineraries, approachable with no difficulty. It’s beautiful to be visited from the outside for those who are not really keen on wrecks and are scared to search inside. It’s fascinating, mysterious, full of endless photographic cues for a night dive. It’s spectacular for those who instead really love wrecks.
The condition for the penetration is a good briefing for the guides and a good guide, the subdivision into small groups and a good arrangement, with a special attention to the flippers: it’s very important not to rise mud and suspension in order to keep at best the visibility.
It’s possible to see part of the cargo, the bombs, the kitchens, equipment, several rooms and the famous Fiat cars. For those who are keen on photography it’s a great chance to take very satisfying and fascinating pictures. 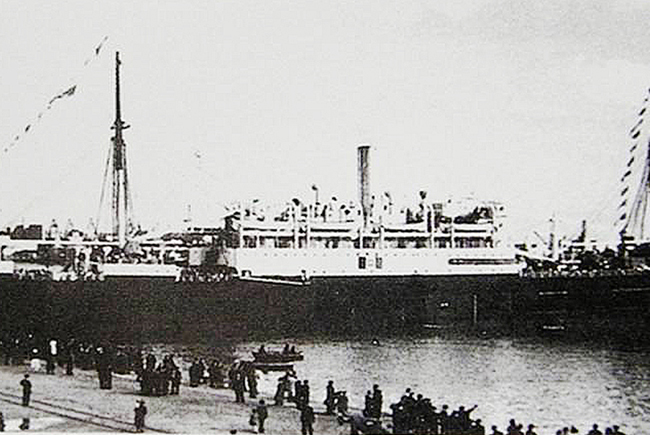 Sha’ab Rumi Who I am